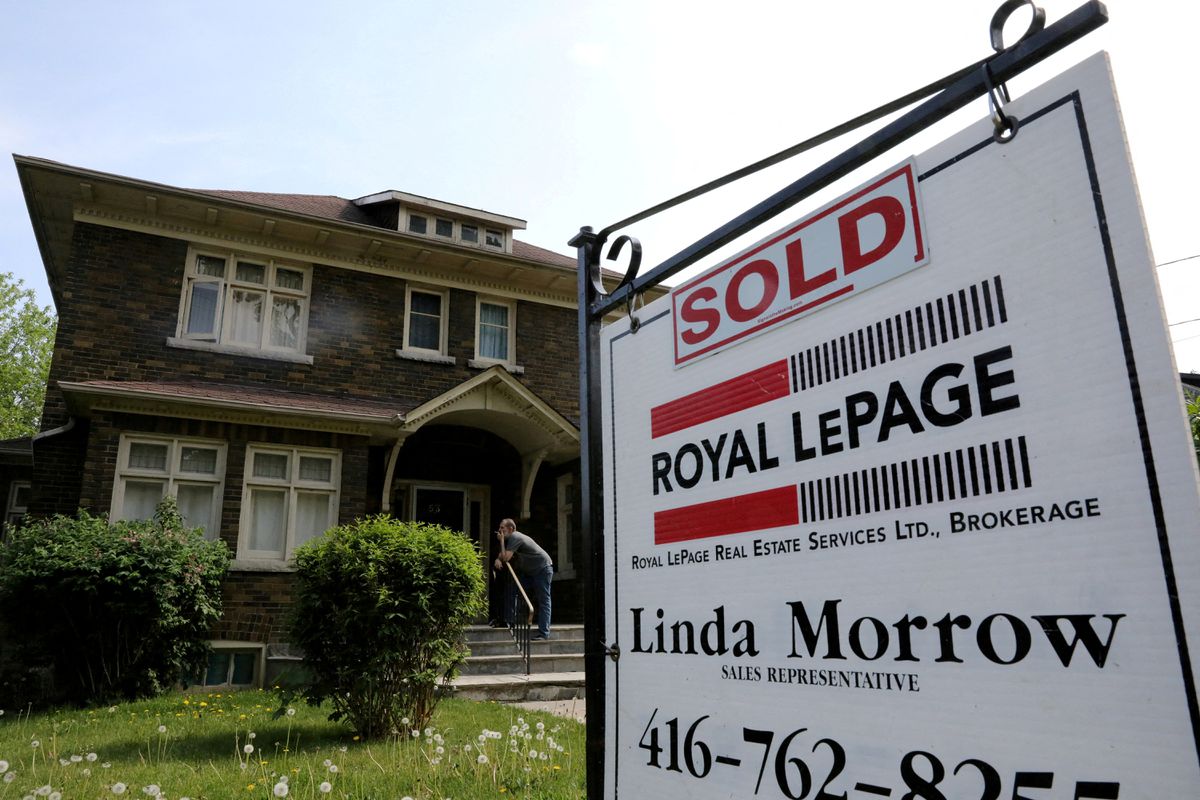 Early inheritances and familial gifts are now making up a growing part of Canadian first-time homebuyers’ down payments, as parents dip into their savings and assets to help adult children get into an increasingly out-of-reach housing market. And that is showing up in financial planners’ offices across the country, prompting a shift in how they advise their clients.

“I think the message from the investment and financial planning community for so many decades has been, ‘save for retirement, make sure your money doesn’t run out,’” said Rona Birenbaum, a Toronto-based financial planner and founder of Caring for Clients. The message needs to change because clients’ needs and goals have changed, she said.

Dave and Joanne Patriarche of Thornhill, Ont., told their eldest son and daughter-in-law during an emotional Zoom call that they would have more funds to work with in a difficult housing search. After working as teachers in Austria for years, the young couple, Matthew and Kiki, were preparing to move back to Canada but had lost out on six bidding wars in Ontario’s Muskoka region, where they plan to live and work.

Mr. Patriarche said he and his wife decided to step in, using the line of credit on their home to give Matthew and Kiki more purchasing power. The parents were able to pay off the loan soon after when they sold their own house to move to their cottage. The gift helped the couple close on their first house in Gravenhurst a couple of weeks ago.

“We’re very happy to make it possible,” Mr. Patriarche said. ”They would have done it on their own anyway, we just made it a bit easier.”

According to an October report from CIBC Capital Markets, familial gifting accounted for 10 per cent of total down payments in the housing market over the previous year. Just under 30 per cent of Canadian first-time home buyers received financial help from family members in 2021, up from around 20 per cent in 2015. For two-thirds of those buyers, family financial support represented the primary source of their down payment.

Lenore Davis, a founding partner of financial planning firm Dixon Davis & Co. in Victoria, said drawing from any non-registered assets would be the “first target” for clients who want to give a gift, followed by tax-free savings accounts. Ms. Birenbaum said the latter is something she prefers to avoid if possible “because the TFSA makes such a perfect long-term asset accumulation tool” and is a smart way to minimize clients’ estate tax position.

Registered retirement savings plans and registered retirement income funds are “rarely prudent” given their tax implications, and Ms. Birenbaum advises clients against borrowing against their home unless they plan to sell the home and downsize or rent in the next few years.

Parents also need to consider their overall liquidity before they make a gift, Ms. Birenbaum said. If their Canada Pension Plan benefits and company pensions meet their needs but they gift all or most of their liquid assets, “they don’t have access to liquidity at that point and it could force them to take on debt or draw more aggressively from RRSPs or RRIFs, which is tax punitive.”

She said she also wants to see a “good amount of net worth” remaining between ages 85 to 95, to account for potential end-of-life care costs.

But for older Canadians with more non-registered investments than they could possibly spend, early inheritances can be beneficial from an estate planning standpoint, as those assets wouldn’t be subject to probate fees.

Ms. Birenbaum noted the timing of gifts plays an important role, especially for parents with multiple children. Gifting $100,000 in 10 years may not have the same impact as today given inflation, and those planning to make later contributions need to position their assets in advance, moving them into conservative investments a few years ahead of the anticipated gift.

These gifts also have long-term implications for the financial outlooks of adult children. Janet Gray, an Ottawa-based certified financial planner with Money Coaches Canada, pointed out that having additional funds could cause children to blow past their budget and become house poor with additional costs related to the purchase, as well as house maintenance expenses and taxes they didn’t anticipate.

For that reason, Ms. Davis said, parents need to think about whether they want their kids to have skin in the game. “If the kids are standing there with their hands out, do they really appreciate the move [their parents] have made? On the other hand, if the kids were diligently saving and put away $100,000 but they need $250,000, that’s a different question.”

One of the concerns most parents have is around the event of a child’s relationship breakdown if they’re purchasing with a partner. Ms. Birenbaum said she’ll recommend giving the gift in the form of an interest-free loan documented with a promissory note and updating their will to ensure those funds don’t end up divided in a divorce.

A large gift from one partner’s family could shift the “financial power balance” between the couple, she added, and necessitate conversations around how much each partner will pay toward housing costs and other shared expenses.

While early inheritances are partly a function of a housing market gone wild, they’re also part of a shift in parents’ thinking toward helping their kids at a time they can both enjoy and celebrate it.

That was the case for Eunice Stepak, 85, who recently helped her daughter Marci, 50, purchase her first house in Montreal as she rebuilt financially after a divorce. While Marci had started saving four years prior, the provincial housing market has changed radically in that time. The median price of a single family home in the province rose 24 per cent between 2020 and 2021, and condo prices were up 21 per cent year-over-year.

Ms. Stepak started considering what she could do to help her daughter get into the market and how it would affect her own future finances if she did. After a near-death experience, she was decided.

“One of the things I did think about at that point was, ‘Why should my daughter wait until I die to inherit money?’” she said. She evaluated her financial needs – her fixed rent in a seniors’ apartment building, annual travel budget, and some extra money set aside for private care in the event she needs it – and liquidated some of her TFSA to gift to her daughter, who was able to buy a house last year.

“We bring up our children to be independent of us, but that doesn’t mean we shouldn’t help them at the times they need help, if we can.”

Are you a young Canadian with money on your mind? To set yourself up for success and steer clear of costly mistakes, listen to our award-winning Stress Test podcast.