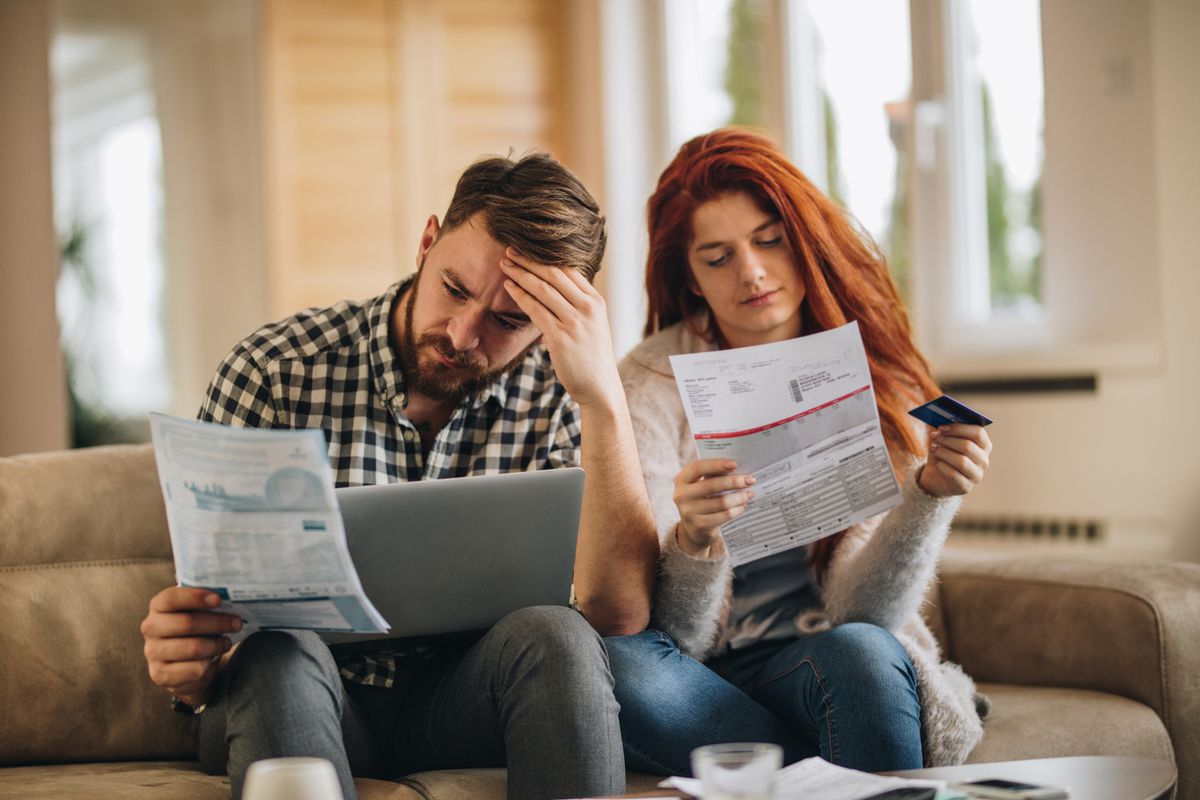 First comes love, then comes marriage – then comes time to merge finances, too?

After all, Mr. Stiller and his wife actually opened a joint bank account before they were married. And after almost 10 years as an advisor working with couples and families, he says he’s still convinced fusing finances is the way to go for most people.

“There’s probably a way to make separate bank accounts work, but it does come with an uphill battle,” he says. “‘Is it mine? Ours? Are you spending too much?’ There is this undertone of competition.”

He might be on to something. New research from Cornell University in New York shows couples who pool all of their money are more satisfied with their relationships and less likely to break up than those who keep all or some of their money separate.

What’s more is that joining bank accounts can actually stop some reckless spending. A 2018 study found when couples used joint accounts, they spent less on frivolous and luxury items than those who drew money from separate accounts.

“When they’re accumulating wealth, there’s a lot of growth, so nothing beats a unified front,” she says. “With an alignment of both their interests and a combined strategy, couples are more likely to see bigger net worth trends together.”

For instance, separate investments can work against each other if one spouse likes to take bigger financial risks and puts long-term retirement savings in jeopardy, she says.

Then, there’s estate planning. If two people are in a relationship and have separate non-registered accounts, upon death the other party does not have immediate access to those funds as they go through probate. Advisors may want to talk to these clients about becoming joint account holders instead.

“It’s not just the pooling of money together, it’s about the structure of how the money is pooled, spread out among the different accounts and invested, which provide the benefit,” Ms. Thompson says.

Are having joint accounts outdated?

Not everyone is convinced joint accounts and pooled investments are the way to go. More millennial clients are opting to keep finances separate compared with older generations.

This may be because younger adults are more likely to get married later or have already lived together for years. After paying their student loans, launching careers, or even starting their own businesses, couples are used to having complete autonomy when it comes to their finances. If it works, why fix it?

Women, in particular, may find it hard to cede control as they begin to bring in larger salaries. The idea of a joint account may seem about as outdated as wearing a frilly apron in the kitchen.

To reach this demographic, it might make sense to explore a hybrid approach, Ms. Thompson says. That means using a joint account for larger and day-to-day expenses, while each person has a separate account with a predetermined amount of money each month to play with. No questions asked.

This technique can still work even with a joint account as long as you help the couple set the ground rules in advance.

“My husband and I, we have a rule that anything over $5,000, we need to get approval from the other person,” she says.

“So, he’s not going to go out and buy a Porsche and I’m not going to go on two trips around the world without having a conversation about what’s in our long-term financial plan and what is reasonable.”

These tricky conversations are much easier when there’s an advisor there who can facilitate them.

Ms. Steacy helps clients talk about their financial histories – the good, bad and ugly – without shame, particularly if one person is worried about what will be revealed if their spouse sees their debt and savings for the first time.

She’s also there to make sure her clients stay on track if they do decide to pool their accounts.

“It can be a pain to get things set up differently. I have to say, ‘Look, this is going to be a little bit messier before it gets better,’” she says.

There’s another reason it’s important to lead open conversations even if clients decide to keep separate accounts in the end, Mr. Stiller says.

“They have to open up to one another. Secret spending and retribution for a spouse’s spending patterns only end in monstrous amounts of debt and divorce,” he says. “And nobody wants that.”