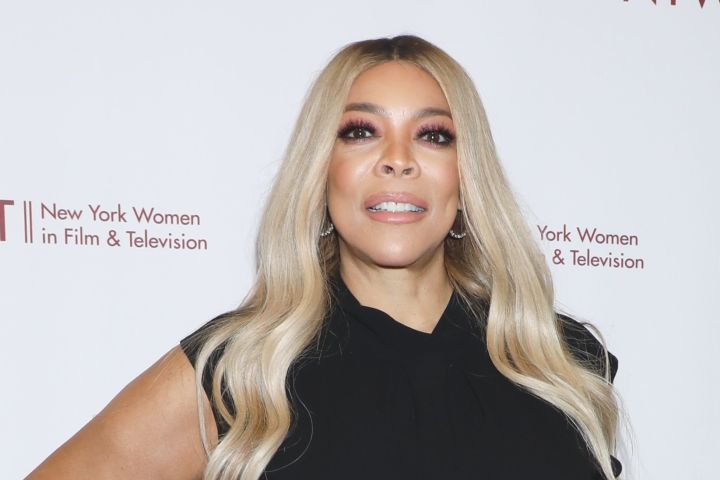 Wendy Williams’ lawyer says she “denies” allegations about her “mental health” and is “disappointed” about “falsely circulated statements.”

The host, who has taken a break from her show due to ongoing health issues, was said to have claimed in a letter obtained by People that Wells Fargo has “denied [her] any access, whether online or otherwise, to her financial accounts, assets, and statements” for more than two weeks.

The letter, which was sent Feb. 4, stated that the financial services company had “several million dollars” of Williams’ funds that they had frozen after Williams’ former financial advisor Lori Schiller claimed the star “was of unsound mind.”

The bank said in the docs that they had “strong reason to believe” that Williams was “the victim of undue influence and financial exploitation,” without going into further details.

They stated they’d reached the conclusion to freeze the account based on “reports of the financial advisor, who has recently witnessed telltale signs of exploitation, including [Williams’] own expressed apprehensions,” adding they relied on reports from “other independent third parties who know [Williams] well and share these concerns.”


READ MORE:
Wendy Williams Is ‘Making Progress’ With Health But It’s ‘Taking Longer Than We Expected’

Williams is now asking the court to take action to prevent the bank from “interfering with her right to access her financial assets and statements.”

The host said if she continues to be locked out of the account, she “will be in default of several bill payments, including her mortgages, her marital settlement payment, and employee payroll” and will “continue to suffer imminent and irreparable harm.”


READ MORE:
‘The Wendy Williams Show’ To Return With More Guest Hosts In 2022

The bank’s attorney David H. Pikus has reportedly since told New York County Supreme Court Judge Arlene Bluth that they have “filed a petition… for the appointment of a guardian of the property of [Williams],” again referring to Williams as “incapacitated” and “the victim of undue influence and financial exploitation.”

Pikus asked that the court keep the case “under seal” to “preserve the confidential nature” of Williams’ personal information.

Williams’ attorney responded, “Despite [Wells Fargo]’s assertion that its suspicions are genuine, their decision to deny [Williams] access to her financial assets for weeks without providing her or her counsel with adequate explanation or evidence to support its decision, and their decision to wait until [Williams] filed an emergency petition for a preliminary injunction before pursuing, or notifying [Williams] that it had pursued, a guardianship proceeding gives pause for concern about [Wells Fargo]’s intentions.”

People also claims that Williams’ attorney had “reiterated the request that the bank be prohibited from continuing to freeze her funds until ‘a hearing be scheduled in an effort to resolve this matter as equitably and efficiently as possible for the benefit of both parties.’”

A spokesperson for Wells Fargo told the publication, “We deny any allegations of improper actions with respect to Ms. Williams’ accounts and are fully participating in a court process to reach a resolution that is in her best interest. The financial well-being of our clients is at the heart of everything we do.”

Williams’ lawyer released a statement on Feb. 10 reading, “Wendy wants the world to know that she strenuously denies all allegations about her mental health and well-being.”

Williams “employed holistic health professionals” to help her in her “treatment of Graves’ disease and thyroid concerns.”

“It saddens Wendy that Wells Fargo, has chosen to believe the allegations of a former employee who is upset because she no longer has direct and unfettered access to Wendy’s financial affairs. Wendy had to unfortunately bring this action because Wells Fargo has refused to honour her Power of Attorney, granting her son authority to make inquiries to the bank on Wendy’s behalf. Wendy further believes that all of the false narratives currently making the rounds derive from this source and she is saddened that she once considered this person a friend,” the statement adds.

Williams “can’t believe” that Wells Fargo “wrongly” denied her access to her funds.

“She has spoken to several bank representatives and has even gone into a local branch and discussed this issue with bank managers, as clear evidence that there are no concerns about her state of mind. In fact, Wells Fargo’s alleged suspicions were never raised until Wendy made it known that she no longer wanted to bank at Wells Fargo due to the bank’s mishandling of her complaints against her advisor,” it says.

“Wendy wants you to know she is fine; she is of sound mind and disappointed about falsely circulated statements from an industry she has devoted her life to. Wendy is grateful for the love and the outpouring of support she has received from her fans and she can’t want to get back. She thanks everyone who has been patiently awaiting her return and believes that, thanks in large part to the love and support of her son, her family, her new team of doctors and a change of scenery, she is on the mend. Wendy says to all her fans, ‘How you doing?’”

Williams also asked for “positive messages, energy, and affirmations” on social media for her to read “daily.”

The news comes as Deadline reported this week that Sherri Shepherd was in the final stages of negotiations that would see her become the full-time host of “The Wendy Williams Show” amid Williams’ health issues. See more in the clip below.