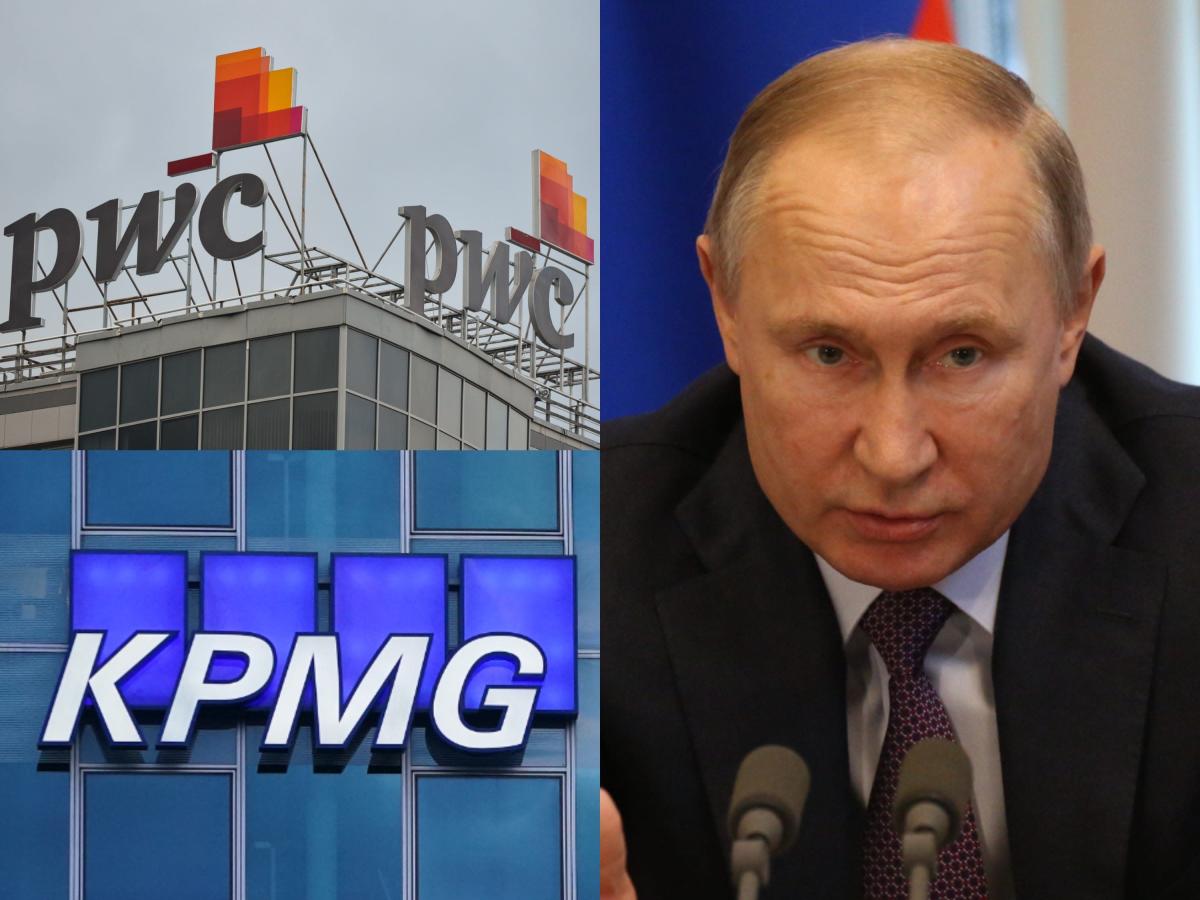 PwC and KPMG have announced they are stopping operations in Russia and Belarus amid the ongoing attacks on Ukraine.

Companies have been scrambling to cut ties with Russia since it invaded Ukraine on February 24. Some have shut their Russian offices, closed stores, or ended online services or sales.

PwC and KPMG are both global networks of individual firms which are separate legal entities, a structure required to comply with laws stipulating that audit firms have to be locally owned and independent.

“As a result of the Russian government’s invasion of Ukraine we have decided that, under the circumstances, PwC should not have a member firm in Russia and consequently PwC Russia will leave the network,” PwC’s statement said. PwC Russia has around 3,700 employees across 11 cities in Russia.

PwC Russia’s clients include Sberbank, which is the country’s biggest bank, Kremlin-controlled energy giant Gazprom, and the Central Bank of Russia, The Financial Times reported.

Sberbank and Russia’s central bank have both been targeted by Western sanctions, aimed at hobbling Russia’s economy. PwC did not immediately respond to Insider’s query about whether these companies were among its clients.

PwC is also pulling out of Belarus, where it has a team of 25 staff, per The Financial Times.

PwC said that it would undertake an “orderly transition” and focus on the wellbeing of its staff at PwC Russia. Its Russian firm said in its own statement that, though it was leaving the PwC brand, it was “confident” in its business.

PwC added it was “doing all we can” to help its more than 750 employees in Ukraine and support humanitarian efforts.

KPMG said in a statement that its firms in Russia and Belarus, which between them have more than 4,500 employees, would leave the KPMG network. It told The Financial Times that this would be finalized within days.

KPMG said that ending its working relationship with these employees was “incredibly difficult” but that “this decision is not about them – it is a consequence of the actions of the Russian Government.”

“We are a purpose-led and values-driven organization that believes in doing the right thing,” it added.

McKinsey and Company said Thursday that its Russian offices would remain open but that it wouldn’t take on new clients and would stop existing work with both government and state-owned entities.

“After our remaining engagements in Russia conclude, all client service in the country will be suspended,” it said.

Accenture said Thursday that it was discontinuing its business in Russia, where it has 2,300 colleagues, while Boston Consulting Group said Friday that it was suspending work with Russian clients but that its Moscow office was still open.

Deloitte and EY did not immediately respond to Insider’s request for comment about whether they were withdrawing their operations in Russia and Belarus.