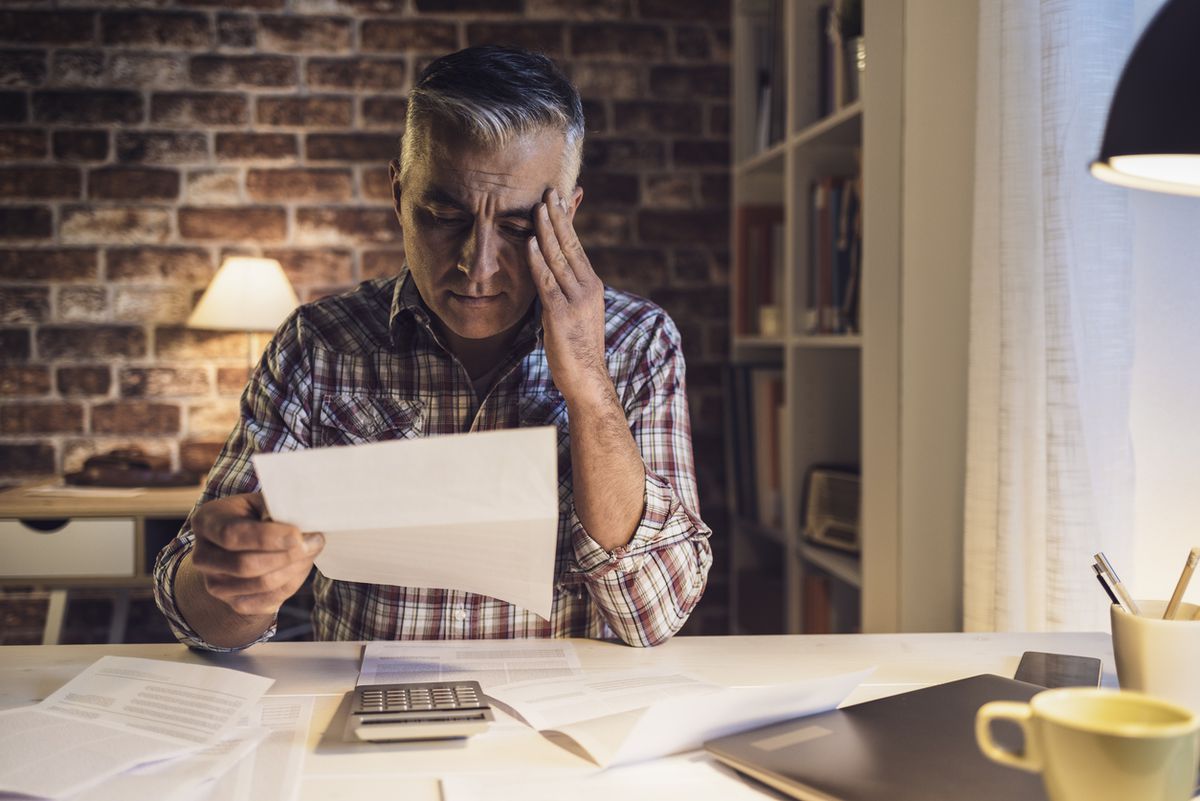 While almost 14.4 million Canadians celebrated receiving a tax refund this year, about 6.2 million had a balance owing with an average amount of $6,612, according to the Canada Revenue Agency.

Reactions to a big tax bill can range from “not very happy at all” to “some degree of panic,” say advisors – but there are ways to help minimize the impact on long-term financial plans.

Jarrett Holmes, founder and financial planner at Unaffiliated Wealth in Winnipeg, recently worked with a real estate agent who was in a cycle of tax bills stemming from a $300,000 withdrawal from his corporation several years earlier. That money, withdrawn to fund living expenses and pay off personal debt, resulted in almost $100,000 in taxes owing.

The real estate agent and his wife hadn’t budgeted for this and couldn’t cover the amount with personal funds, so they withdrew additional dividends from the corporation to make the payment, which led to a further tax bill the following year.

“They were never able to get ahead until we changed accountants and educated them on what was taking place and how taxation worked,” Mr. Holmes says.

“Ultimately, they just had to bite the bullet and pay a massive tax bill [using personal savings, a line of credit, and additional funds withdrawn from the corporation – this time including enough to cover the resulting personal tax liability] so they could put the tax issue behind them.”

Otherwise, he adds, it would be following them for a long time, and that makes it very challenging to save and invest when you’re always paying off last year’s tax bill.

Education is key to avoiding tax bill surprises, Mr. Holmes says, and so are accurate projections.

He works with clients to estimate their combined personal and corporate taxes based on their anticipated income and then arranges for them to set aside a percentage of every dollar that flows into their corporate account in a savings account. That way, cash will be ready and waiting when the CRA comes calling, so clients don’t have to borrow or use future earnings to pay a tax bill.

The CRA offers a payment arrangement option for taxpayers who can’t afford to pay a tax bill in one go.

However, rather than negotiating for themselves, Mr. Holmes says people should engage a tax accountant or lawyer to work with the CRA on their behalf.

He points out that taxpayers have certain rights and those professionals will understand what their rights are and whether or not they’re obligated to disclose certain information to the CRA.

“[That’s] with respect to their earnings and overall tax situation, which will ultimately ensure that they’re treated fairly,” he says.

What leads to unexpected tax liabilities

Beyond corporation dividends and self-employment income, other common reasons substantial taxes may be due on filing include capital gains from investments and the first year of registered retirement income fund (RRIF) withdrawals, says Darren Faint, portfolio manager with R&D Private Capital at Aligned Capital Partners Inc. in Toronto.

Capital gains should be assessed in advance of year-end so there’s time to consider offsetting them with capital losses on securities that haven’t performed well.

If a big tax bill still happens despite an advisor’s best efforts, Mr. Faint says he often points to paying it with a RRIF withdrawal that’s required anyway or from a non-registered account.

If it’s necessary to sell investments to cover the cost, he’ll look first at securities he’d like to sell anyway to rebalance the portfolio. An important consideration is to avoid creating a future tax liability with a withdrawal made to pay taxes.

“You can avoid a ton of taxes, estate planning [and] financial difficulty surprises by having a properly well-managed wealth plan,” Mr. Faint says.

He adds that a wealth plan should be updated regularly and consulted frequently when making financial decisions, including those that have tax implications.

Just as important, a wealth plan builds trust because it lets an advisor tell clients with confidence, “Yes, okay, you incurred a big tax bill, but we knew it was coming,” he says. “It is going to take some of your cash flow away but, you know what, I’ve built it into your projected cash flows and you’re still going to be okay [in the] longer term.”

Furthermore, when there’s a big tax bill on filing, the CRA will most likely bump up next year’s installment payments.

John Waters, vice-president, director of tax consulting services at BMO Nesbitt Burns Inc. in Toronto, says clients can choose to pay less if they believe whatever prompted the increase was a one-off event – but there is a risk.

“If you are wrong and there is an unremitted tax bill [the next year], then you are going to be subject to installment interest and penalties for not paying what was required based on your final 2023 ultimate tax liability,” Mr. Waters says.

There is a potential partial remedy if clients know something will increase their tax bill during the year.

Paying more than the CRA asked for on an upcoming installment earns some interest to offset interest due on underpaid installments.

“Taking stock of your tax situation and maybe having your tax advisor or accountant prepare a pro-forma tax return well in advance of when a tax liability is due – maybe toward the end of the year when you have a clear picture of what your tax [situation] looks like – [provides] that foresight,” he says.

But that’s down the road. Most important in the immediate aftermath of a big tax bill is to make sure the assessment is correct and to understand a client’s options. Pretending it didn’t happen isn’t one of them.

“Act on it and deal with it, because this is a problem that doesn’t go away,” Mr. Waters warns.

“[The] CRA will keep on it, and sometimes with large tax assessments, the interest component, if it’s left for a long period of time, can actually ultimately outweigh the initial tax assessed.”