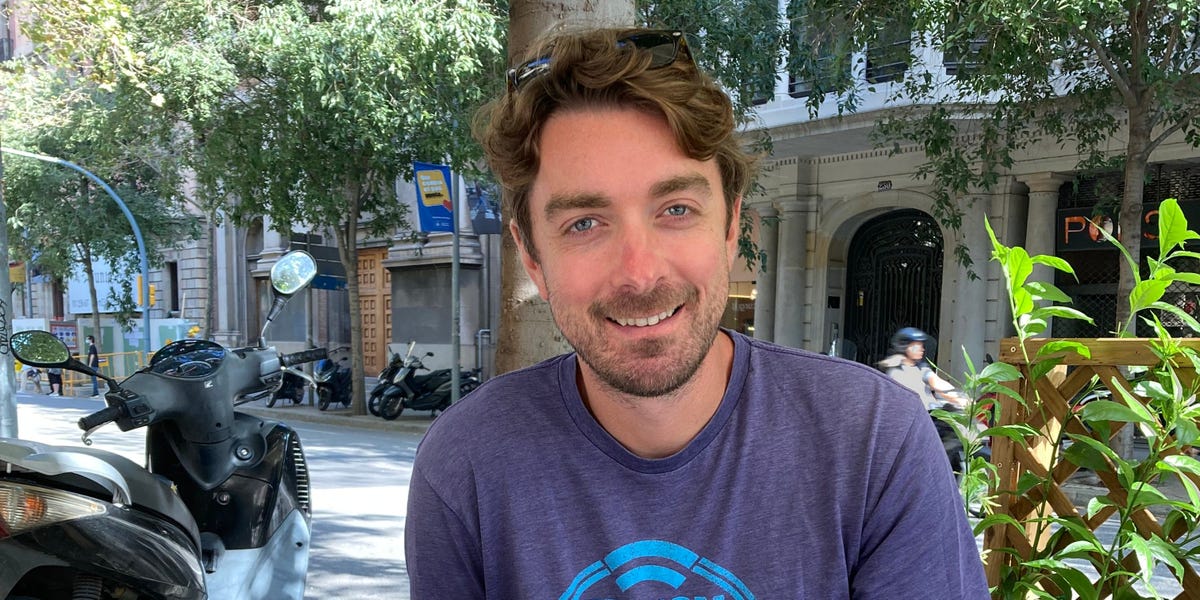 “Early retirement” might sound like someone in their 30s or 40s hanging out on a beach all day — but that’s not quite the case.

“Beaches are only fun when you contrast them with working hard and not being at the beach,” Brandon, who retired six years ago at the age of 34, told Insider. “You need something else that’s motivating you.”

And that something can’t just be quitting your job. It’s common in the Financial Independence/Retire Early movement, he said, to come across people who simply hate their job and are looking for a way out.

Brandon, who uses only his first name online, said that when he meets people like this, he goes out of his way to talk to them and ask them about the things that they actively want to do — not just what they want to run away from. In retirement, he now hosts the Mad Fientist Financial Independence podcast and focuses on creative projects like writing and releasing his own album.

“You need to have something big lined up for afterward,” Brandon said. “For people that are pursuing FIRE, they’re obviously good at long-term planning and working hard. To then just not have anything to do would be really tough, I think.”

Financial independence doesn’t have to mean you don’t work

Daniella Flores echoed similar sentiments. After years immersed in the FIRE community, Flores, who uses the pronouns they/them, was thrown a curveball by the pandemic and re-evaluated their goals: Actually, they found, they weren’t dreaming of quitting working … they were dreaming of living a life without the confines of a nine to five.

For them, financial independence means doing the work they love, not the work they have to do. After building 12 income streams, including one as a side hustle consultant helping others do the same, they’re planning to leave their full-time job in IT to focus on their side jobs.

Flores told Insider that they believe that a lot of people prevent themselves from forging paths outside of the traditional workforce because it’s not what their peers are doing and that they feel pressured to play it safe.

“Don’t let anyone tell you that the way you make money isn’t a ‘real job’ — If you’re making money, it’s a real job,” they said. “You can retire from corporate life and do work you love without having to save up millions of dollars. Start with something that sparks your curiosity.”

Flores said that it’s important to do things you believe in, or something that sparks creativity or “lights a fire in you.” “Research ways to implement semi-passive and passive income streams on the side, keep building, and that effort will compound in ways that you never imagined,” they added.

Post-retirement income can make the transition much easier

There’s an added bonus to planning on some type of work in retirement: a cushion to ease your landing.

Brandon said that if you’re maintaining income streams in retirement, whether you have “a 4% withdrawal rate versus 3.5% or 4.5% — you’re going to figure that out because you’re not going to just immediately run out of money.”

And even if you need some time away from work, it’s fine to plan on going back, even temporarily. “If things are getting a little tight, or if the markets crash, and you’re getting a little worried, you’re 30, 40, or 50 — and you can go pick up a job,” Brandon added. “And even if it’s minimum wage, that’s going to take a huge burden off of your portfolio and make you not have to sell during a downturn.”

Similarly, Flores told Insider that they’re nowhere near the $2 million in FIRE money they were hoping to have saved up before retiring. “I am at little over $200,000 saved and invested, but I’m leaving my job to run my business and will have passive income streams that help me cover living expenses,” they said.

Brandon also has his own passive income streams. In addition to his blog and podcast, Mad Fientist, he also created a credit card search tool a few years ago that still brings in passive income. Six years after retirement, he hasn’t yet had to touch his portfolio.

He said that it’s important to find things that “intrinsically motivate” you. “You don’t have to wake up to an alarm o’clock and you don’t have to earn that paycheck to pay the bills,” he said. “If you don’t have something really exciting that makes you want to do that stuff, then, you know — vacations are only fun for a little while.”

August 1, 20227 min read
We use cookies on our website to give you the most relevant experience by remembering your preferences and repeat visits. By clicking “Accept All”, you consent to the use of ALL the cookies. However, you may visit "Cookie Settings" to provide a controlled consent.
Cookie SettingsAccept All
Manage consent