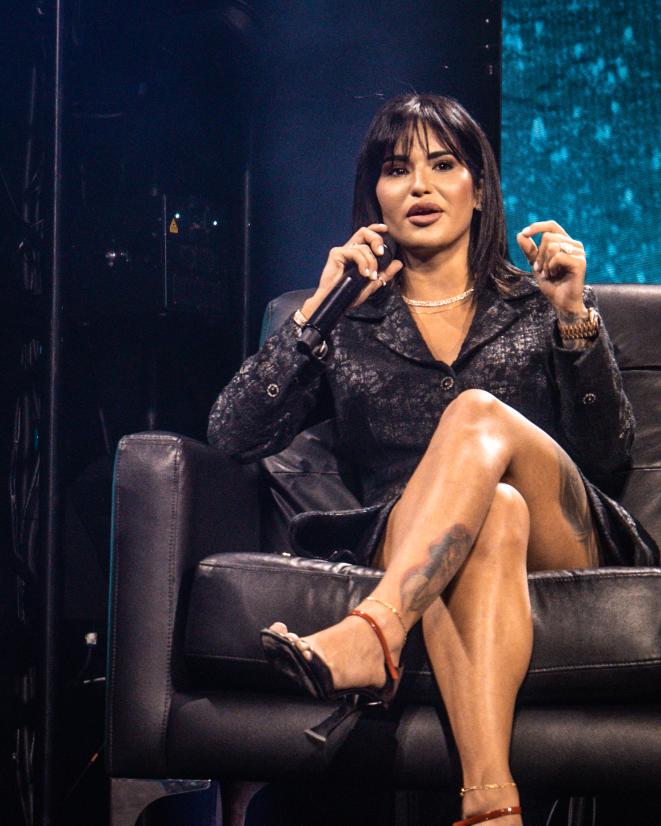 Corina Curatola knows what hard work is. She worked hard from a young age. When she had her daughter at the age of 21, she saw her baby’s first steps and heard her first words via video messages. Where was she? At work. Too many of us spend our precious moments with our employer, but Curatola’s financial life changed after meeting her partner in crime—her husband.

She suddenly found herself in luxury vehicles and making up the time she lost with her daughter. Life couldn’t be better—or could it? While she had everything she needed, Curatola was depressed. It’s like the saying goes: money won’t make you happy. Being someone who has worked for everything her whole life, she knew being taken care of was not the route for her.

After dropping out of college recently after getting married, she didn’t know what the future looked like, her parents had raised her to believe this was the only way. Looking for something more out of my life that didnt mean leaving her daughter for hours, she found network marketing. It seemed to be the perfect match.

In her daughter’s early years Curatola spent her time bartending. While it wasn’t glamorous, it was something she was good at. In fact, Curatola loved bartending because it allowed her to serve people in a way that inspired her. She had a knack for it too—people immediately relaxed when she was around. She loved connecting to people and making them feel good. That’s something she loves about network marketing—she’s able to connect to hundreds of people while helping them along in their own endeavors. That’s probably one of the greatest gifts you can give a person.

Corina Curatola runs a multilevel marketing business that focuses on digital entrepreneurship. People who join her company become self-sufficient investors learning about cryptocurrencies, ALT coins, E-commerce, among many other forms of investment and trading. The basis of her business is financial literacy and a fair chance which is why she has recently partnered with IM Mastery Academy where she can reach even more people through their “learn and earn” concept which Curatola says “changed the way people can learn how to make their money work and put it to use on the financial markets.”

Corina Curatola’s goals stem from her love of people. She wants the very best for them because she didn’t always have it. Her parents always struggled financially. They never had money for movies or extras—just enough to put food on the table. She learned about hard work at an early age, and perhaps that’s why working and connecting to people make her so happy. She also simply wants a better life for her daughter: “I want a better world for my daughter to grow in. In order to do that, collaboration is the most effective, lucrative, and fulfilled way to do so, I know I don’t have all the answers but we work better together.”

There’s plenty more on the horizon for Corina Curatola. She’s working on a streetwear clothing line so she can donate the profits to non-profit organizations. She’s also creating a business that will focus on helping people build better, healthier habits so they can feel just as fulfilled as Curatola does. She is working to build the largest organization of women traders/investors the world has yet to see. She’ll get there not because of how many followers she has, but because she’s in it for the love. “I believe in the power of people, in the power of education, and in the power of enriching lives,” says Curatola.